Former Chair of  U.S. Nuclear Regulatory Commission rejects nuclear energy as “not safe” and “not smart” 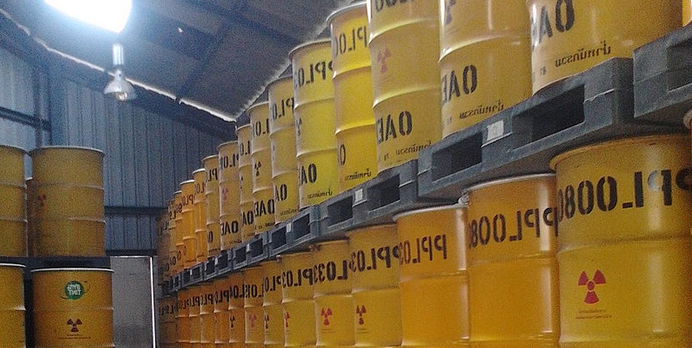 Dateline May 12, 2022 —  E, the Environmental Magazine, has published a compelling article by journalist Sara Mosko titled the Insanity of Expanding Nuclear Energy.  The story explains how four of the world’s top nuclear regulators have issued a joint statement rejecting nuclear energy as a clean, green solution to global warming.

The four authors of the statement are all internationally recognized “heavy hitters” in the nuclear industry, including Gregory Jaczko, the former Chair of the U.S. Nuclear Regulator Commission, Wolfgang Renneberg, the former head of Germany’s Federal Environment Ministry; Bernard Laponche, the former Director of the French Agency for Energy Management, and Paul Dorfman, the former Secretary of the United Kingdom’s Committee  examining radiation risks.

According to the Statement the nuclear industry has been falsely portraying nuclear as a global warming solution:  “The central message, repeated again and again, that a new generation of nuclear will be clean, safe, smart and cheap, is fiction. The reality is nuclear is neither clean, safe or smart …”

The story also lists ten reasons why nuclear energy is neither safe or smart:

1. Nuclear is too slow to tackle climate change.

2. Nuclear energy is too costly.

3. Nuclear is neither carbon-free nor non-polluting.

4. The problem of permanent disposal of nuclear waste remains technically unsolvable for the short or long term.

7. The nuclear waste dry storage canisters used throughout most of the United States are thin-walled (1/2 to 5/8 inch) and unsafe for storage or for off-site transport.

8. The nuclear meltdowns at Chernobyl, Fukushima, and Three Mile Island demonstrated there is no room for human error or natural disasters.

10. The idea that Small Modular Reactors (SMRs) can save the day is magical thinking.

Why are gas prices going up when the price of oil is going down? Get the  KUSI interview on this story  with Public Watchdogs’ Executive Director, Charles Langley   There is a schism in the scheme of things. According to the “Laws of Supply and Demand,” the price of a commodity will increase when it is scarce, and decrease when it is abundant. As of this... END_OF_DOCUMENT_TOKEN_TO_BE_REPLACED

That metallic taste in your mouth?  It could be brain damage. People who surf  near the failed San Onofre Nuclear Generating Station (SONGS) are rumored to occasionally report a metallic taste in their mouth while surfing. Southern California Edison (SCE), the owners of the shuttered nuke plant, use a system called “Dilute and Discharge,” to dump radioactive water from its spent nuclear fuel pools into the... END_OF_DOCUMENT_TOKEN_TO_BE_REPLACED