Contrary to public expectations, settlement talks about finding an alternative location for nuclear waste burial at San Onofre have failed to prevent the burial of waste at the beach. But it isn’t stopping the plaintiffs from declaring victory. 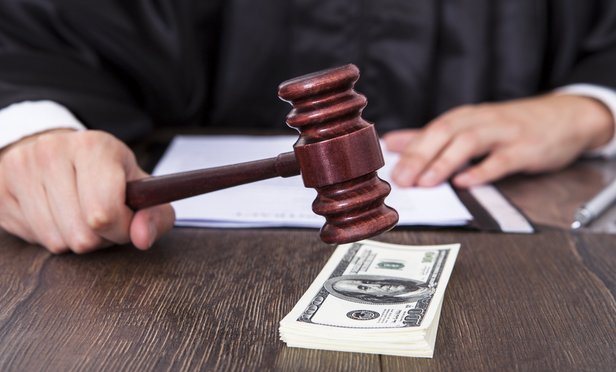 AUGUST 28, 2017, SAN DIEGO:  Today, the activist group Citizens Oversight announced that it has successfully negotiated an out-of-court settlement (get a copy of the settlement here) that allows a local utility to bury deadly high-level nuclear waste indefinitely on the beach at San Onofre State Beach Park.  Burial is slated to begin in January. The waste is deadly to all human life for millions of years and will be buried using a system that carries a manufacturer’s warranty of as few as ten years.

Although the plaintiff, Citizens Oversight is claiming “victory” in its unsuccessful efforts to remove the waste from the beach, some observers think the settlement has the look of overwhelming  defeat at the hands of Edison’s attorneys. In exchange for settling the case, the attorneys for Citizens Oversight received an $800,000.00 check.

According to Charles Langley, the executive director of Public Watchdogs, the settlement is a loss not a victory. “They’re doing their best to put a pretty face on it, but the details are ugly. As the result of this settlement, Edison will begin burying substandard containers filled with deadly high-level nuclear waste on the beach in 137 days.”

“Where’s the victory?” says Langley, “Edison is allowed to keep the waste on the beach until the year 2035, just like the original permit they were supposed to be fighting.”

The settlement is a disappointment to Southern California residents who had hoped that the secret negotiations would result in removal of the waste to a safer location as promised at the start of the negotiations, which began in early July. The settlement permanently resolves a lawsuit alleging that the California Coastal Commission violated the law when it issued a permit to bury nuclear waste 108 feet from beach in a thin-walled canister system that is guaranteed to last as few as ten years by the manufacturer (click here to read the manufacturer’s 10-year guarantee for the storage system, or here, to view a brief Public Watchdogs video on the subject).

The Coastal Commission’s mission statement states that it is committed to “protecting and enhancing California’s coast and ocean for present and future generations” which is why the original Coastal Commission permit allowing burial of the waste on the beach alarmed impartial observers. The newly reaffirmed permit allows Edison to bury up to 75 canisters of high-level nuclear waste 108 feet from the beach in a tsunami zone, on top of an earthquake fault line, and inches above the Pacific Ocean’s corrosive water table.

Critics of the settlement point to multiple weaknesses:

At this time Southern California Edison is slated to begin the burial of its deadly waste in 137 days, according to the official  Beachfront Burial Countdown Clock at the Public Watchdogs web site at www.publicwatchdogs.org.

Related Stories in the media:

Why are gas prices going up when the price of oil is going down? Get the  KUSI interview on this story  with Public Watchdogs’ Executive Director, Charles Langley   There is a schism in the scheme of things.  According to the “Laws of Supply and Demand,” the price of a commodity will increase when it is scarce, and decrease when it is abundant. As of this... END_OF_DOCUMENT_TOKEN_TO_BE_REPLACED

That metallic taste in your mouth?  It could be brain damage. People who surf  near the failed San Onofre Nuclear Generating Station (SONGS) are rumored to occasionally report a metallic taste in their mouth while surfing. Southern California Edison (SCE), the owners of the shuttered nuke plant, use a system called “Dilute and Discharge,” to dump radioactive water from its spent nuclear fuel pools into the... END_OF_DOCUMENT_TOKEN_TO_BE_REPLACED