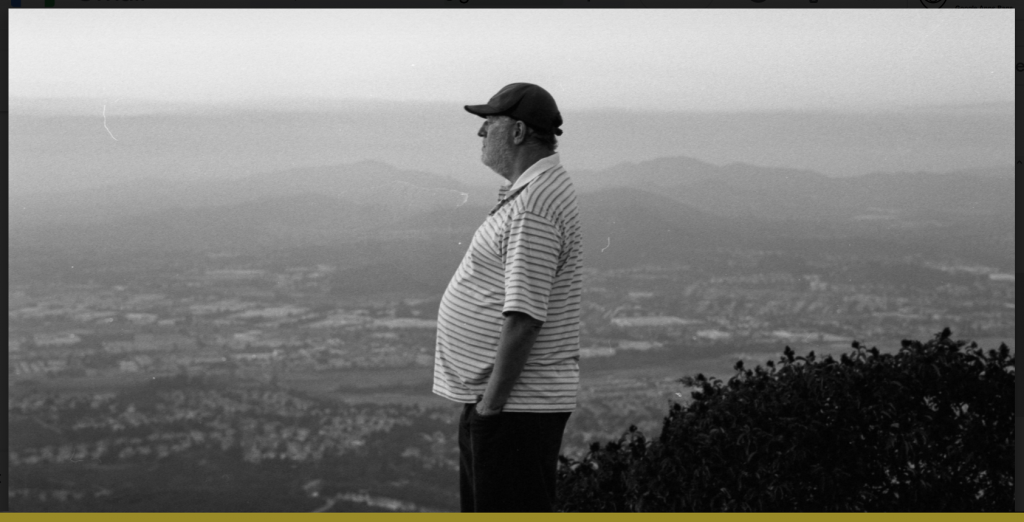 We are here today to remember Phil, and to share memories of Phil, who we all knew in different ways and in different roles.  Phil was a father, an athlete, a public advocate, and so much more.

My name is Charles Langley.  I knew Phil because I worked with him for many years as a colleague and as a consumer advocate at UCAN, the Utility Consumers’ Action Network, where Phil helped build and design what would become one of the biggest consumer fraud complaint databases in the State of California.

Phil didn’t talk much, but when he did talk, it was usually about issues of JUSTICE, the LAW, and his children, Parker and Leah.

Phil was like a mother bear to his cubs, and often Parker and Leah were the sole subject of his conversations.  I’ve spent many hours with Phil watching videos of Parker’s elegant and tricky moves with a hockey stick, and talking about Leah.  Phil wasn’t that concerned about money or status symbols, but to him, Leah and Parker were jewels without price, and he went to great lengths to protect them.

The first time I saw Phil it was at a job interview around 2006, for my employer, the Utility Consumers Action Network (UCAN).  Our employer was out on one of his many extended month-long vacations, and we were tasked with hiring a new public advocate while he was on Holiday.

Phil was a guy who didn’t like suits, but that day he was wearing an ill-fitting suit that made him look a bit like a boiled sausage.  He was clearly uncomfortable.  Normally, he preferred to wear his trademark baseball cap, T-shirt, and blue jeans.

I was at that interview more or less as a witness, and a sounding board.  My co-worker Sue Macomber was interviewing him and asking him tough questions about the law, and what he would do in various tricky situations with people who were in trouble, or had a consumer complaint.

Sue was a people person with a background in Human Resources and a doctoral degree in Human Behavior, so she was asking Phil complex compound questions designed to draw out his personality and get him talking like a “Chatty Kathy,” but that wasn’t Phil’s style..

Whenever he could, Phil answered with a blunt “Yes” or “No.” He was terse. And while he didn’t have a sparkly, bon vivant personality, he clearly had a familiarity with consumer law.  In fact, his understanding was far better than almost all of the other candidates for the job, many of whom were young attorneys, hoping to get their start.

Phil had received his juris doctorate, his law degree, from the University of San Diego Center for Public Interest Law, which is one of the USA’s top 50 law schools, and certainly the toughest law school in San Diego.

At that time it was run by one of the founders of UCAN, Bob Fellmeth who had started out as one of Ralph Nader’s advocates. Those of you who are older, may remember that they called them “Nader’s Raiders” and that Nader’s Raiders loomed large in the 1970’s as public heroes when Phil was a teenager.

Anyway, I was really impressed with Phil’s resume.  He explained that he hadn’t taken the bar exam because of obligations with his children as a single father.  Sue, was a former single mother, and former high-school administrator.  She respected the fact that Phil was trying to make his way as a single father.

So Sue did background research on Phil and discovered that Phil had sued almost all of his previous employers.  She said, “I should warn you, he is a highly litigious personality, and he has won all his cases.”

There are moments in a person’s life where a single decision, a single act, changes the entire course of their life.  So we hired Phil, and that one decision changed the course of Sue’s life, and my life, forever.

THE FRAUD SQUAD
Phil’s job, day in, day out, was emotionally challenging.  His work was to help people in trouble, a kind of troubleshooter.  He represented the “Fraud Squad,” which was a consumer complaint hotline.  If Phil found a really juicy complaint of egregious fraud, we rarely took legal action. Instead Phil would turn the complaint over to me and I would sell the story to the media.  So if you  remember consumer TV  reporters like Turko, or Consumer Bob, or Marti Emerald, you can be sure that some of their stories involving “victims” may have been cultivated by Phil.

Phil’s job involved listening to very upset, very freaked out people, who were often angry, confused, and sometimes mentally ill.  His job required a great deal of patience, yet I never once saw him get visibly angry, or even frustrated.  He always kept his cool even though many of the people who called him for help were quite literally, “Lunatics.”

THE MOON GLASSES.
I had started the Fraud Squad at UCAN and had learned very quickly that I wasn’t cut out to take consumer complaints.  So just to give you an idea of how difficult it was …  one day we received a complaint about an unethical Optician.  The victim told us that the prescription for his glasses was all wrong, and that the Optician had defrauded him.

He said “When I look at the moon at night, I can actually distinguish the craters.  In fact, I can even see Niel Armstrong’s footprints in the Little West Crater where he landed.

He said “Yes, but these are reading glasses!  I can’t read a thing. That optometrist ripped me off!   So it could be difficult work.  The most heart-breaking cases were when people, usually single working mothers, or senior citizens, were about to have their electricity cut off for non-payment.

Now what you may not know is that when SDG&E terminates service, they will suddenly demand twice the amount of your highest-ever electric bill, plus an immediate payment of all past-due bills.  For people who are struggling from ill health, job losses, or other tragedies, this particular policy is a nightmare.  Phil was especially good at intervening on behalf of these people, and getting SDG&E to call off the dogs.  And he almost always succeeded.

I remember one case where a man was attached to an electric oxygen machine that he needed to breathe – just to stay alive.  SDG&E was getting ready to cut his service that day, which meant the man could die.  Phil stopped the shut-off, and got that man permanent financial help.  What’s more, SDG&E’s abuse got full page coverage in Voice and Viewpoint, a local San Diego newspaper.

That news story, and many others, never mentioned Phil, because Phil liked to remain behind the scenes.  I never once saw him draw attention to himself.  He was humble, but he was not meek in the face of injustice.

I guess my point is that even though Phil was a very terse, blunt, and even secretive guy, he had this tremendous capacity for love and compassion. In my mind that’s what made him a very loving, and lovable person.

The Phil I knew did not express this love (what the Greeks call Agape) outwardly, rather he expressed it in his deeds and actions, and in his passion to defend the poor, the weak, the disabled, the sick, and the dispossessed.

Phil was an atheist, but I hope you’ll forgive me for quoting a line from the New Testament which goes like this:

Beware of the teachers of the law.
They like to walk around in flowing robes
and love to be greeted with respect in the
marketplaces and have the most important
seats in the synagogues and the places of
honor at banquets.

Phil made a career out of protecting the weak and the helpless from the teachers of the law.  And when I say “teachers of the Law,” I don’t mean this in a literary or figurative way.  Phil took on corrupt teachers in a very real way, and sacrificed dearly for it.  Phil was what Frederick Douglas would have called a “Man of Mark,” and was one of the most extraordinary and courageous men I have ever known.

Phil’s integrity, his courage, and his friendship, have loomed large in my life, and in the lives of the hundreds, possibly thousands, of others that he helped.

I am honored to commend his soul to God.

At this time, there is global natural gas shortage due to harsh winters, the Ukraine crisis, and increased demand. However, the current prices hikes for customers of Southern California Gas, SDG&E,  and ultimately, Sempra Energy, may be completely unjustified and should command the attention of energy regulators. So far, SDG&E has claimed that it is unlawful for them to make a profit on natural gas sales... END_OF_DOCUMENT_TOKEN_TO_BE_REPLACED

QUESTION:         Why are Compressed Natural Gas Prices SO high? ANSWER:       The utility companies claim: elongated cold weather spell brought with the rain CNG reserves low due to national temperature spikes Short commodity purchasing period   QUESTION:         What can consumers do to decrease their bills? ANSWER:            Consumers can: Turn down the thermostat Put on a sweater Fill any leaks that allow cold air to come inside... END_OF_DOCUMENT_TOKEN_TO_BE_REPLACED