Please view and cite this opinion as it was originally published in the Los Angeles Post Examiner by Tim Forkes on 09-22-2021 here.  This text has been reproduced under the fair use provision of 17 U.S. Code § 107. 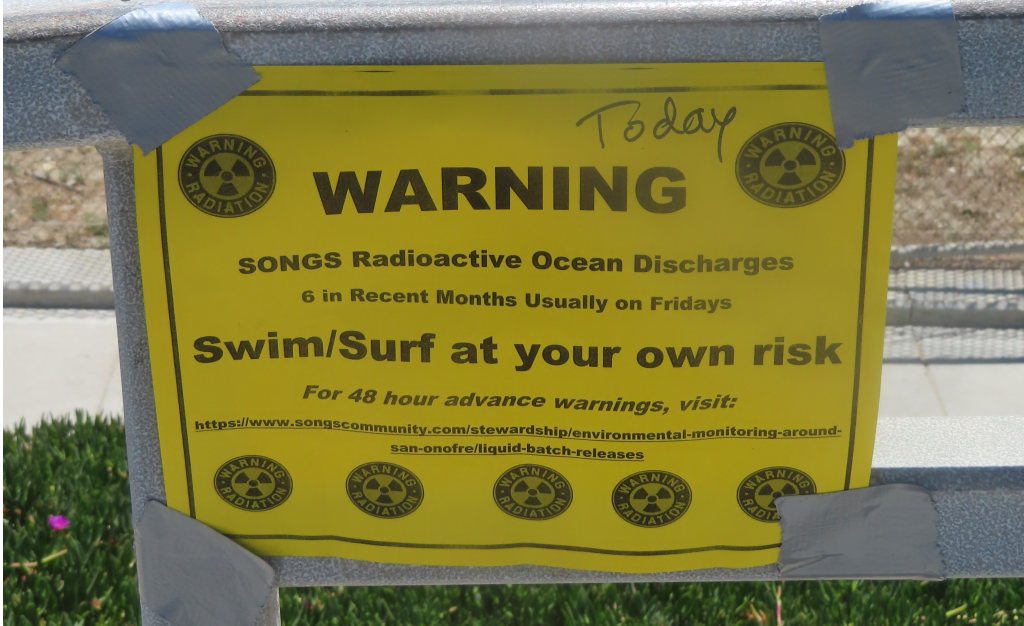 When I tell people we should stop using nuclear energy, close down our nuclear energy plants and eventually find different ways to fuel our nuclear naval fleet, there’s always someone who says nuclear energy is safe and clean. And all I have to do is point to an article like this. Chernobyl’s Reactor 4 Just Woke Up.

Reactor 4 is the one that blew up — literally blew up, spewing radioactive ash like snow for miles — on April 26, 1986. That was over 35 years ago and we’re still talking about it because it is still a terrible hazard. And what the scientists and journalists mean by “woke up” is they believe the radioactive material has re-ignited, started burning, again.

It will be 20,000 years before the area around that explosion will be habitable. You know it has been blocked with fences and walls, but they still have to euthanize animals that venture into the exclusionary zone before they try to leave.

Scientists are still trying to clean up the Fukushima Daiichi nuclear power plant, 10 years after three reactors blew up when a catastrophic earthquake and subsequent tsunami shut down power to the plant and flooded the area. Watch this video report on what’s being done, 10 years later.

Please don’t tell me nuclear power is safe — it isn’t. What do we do with all of that nuclear waste that will be radioactive for 20,000 years? We can’t just keep burying it in places we don’t think will have an impact on the rest of the world. Hell, look at the Runit Dome, or as the locals like to call it, The Tomb. We’re not talking just about spent fuel. We’re talking about containers and materials used to contain the fuel, plus the pools of water used to cool the fuel rods, and everything that contaminated water touches.

Just about 40 miles from where I’m sitting, surrounded by beautiful beaches and campsites — including the Trestles beaches — is the San Onofre Nuclear Generating Station. “They” call it “SONGS” for short. It is in the process of being decommissioned, whatever that means. On their website Southern California Edison (SCE) says, “San Onofre, like nuclear power plants throughout the United States, has a process for safely managing and storing spent nuclear fuel.

“SCE has moved all the spent nuclear fuel at San Onofre to robust, dry storage systems: sealed stainless-steel canisters that are housed in reinforced concrete structures. Passive dry storage of spent nuclear fuel is the safest form of on-site storage. Eliminating the reliance on actively cooled spent fuel pools reduces the risk of NRC-analyzed accident scenarios, SCE-Claims-Zero-Risk the number of events that can result in an offsite release of radiological material.”

The ultimate plan is to move the spent nuclear fuel out of Southern California altogether. As of yet a new site has not been found. Can a “safe” storage site that doesn’t cause issues with anyone be found? As we have witnessed over the years nuclear energy and its spent fuel will never be 100% safe. Ever. As we have seen with other hazardous materials, biological and chemical, we can’t just be 99% safe with nuclear material, it must be 100%.

Of all the nuclear power plants around the world there have been only two major accidents: Chernobyl and Fukushima. But between them they have contaminated thousands of miles around them and we have yet to fully understand the impact on the Earth going into the future — not to mention the impact of the Runit Dome.

Let’s be clear: nuclear power is not clean energy. If it was it wouldn’t need to be stored in stainless steel containers encased in several feet of cement. Cleaning up our nuclear messes has to be part of our efforts to slow down the climate crisis. It is part of the problem.

Just a side note: When Southern California Edison shut down SONGS they replaced the nuclear facility with one that runs off natural gas — a fossil fuel. You know, we just can’t make this shit up.

Public Watchdogs, a nonprofit advocacy group, is expressing deep concern for the public’s safety regarding the 3.6 Million pounds of deadly radioactive nuclear waste stored on the beach, 108 feet from the Pacific Ocean, in a USGS designated tsunami inundation zone. END_OF_DOCUMENT_TOKEN_TO_BE_REPLACED

For Immediate Release Public Watchdogs learned today that the Supreme Court of the United States has denied our petition for a hearing regarding the right of private citizens to sue utilities over safety issues involving toxic high-level nuclear waste.   At issue is the storage of highly radioactive “spent” nuclear fuel.  3.6 million pounds of this  fuel, which is deadly once it is “used up” or “spent,”... END_OF_DOCUMENT_TOKEN_TO_BE_REPLACED