The nonprofit is partnering with award-winning public affairs and public relations agency, Focuscom Inc., to help spread the word and mobilize the public. To kick off the campaign, Public Watchdogs has released a 15-second video  highlighting the imminent  risks of storing nuclear waste 108 feet away from the crashing surf and sugar sand beaches at San Onofre State Beach Park. 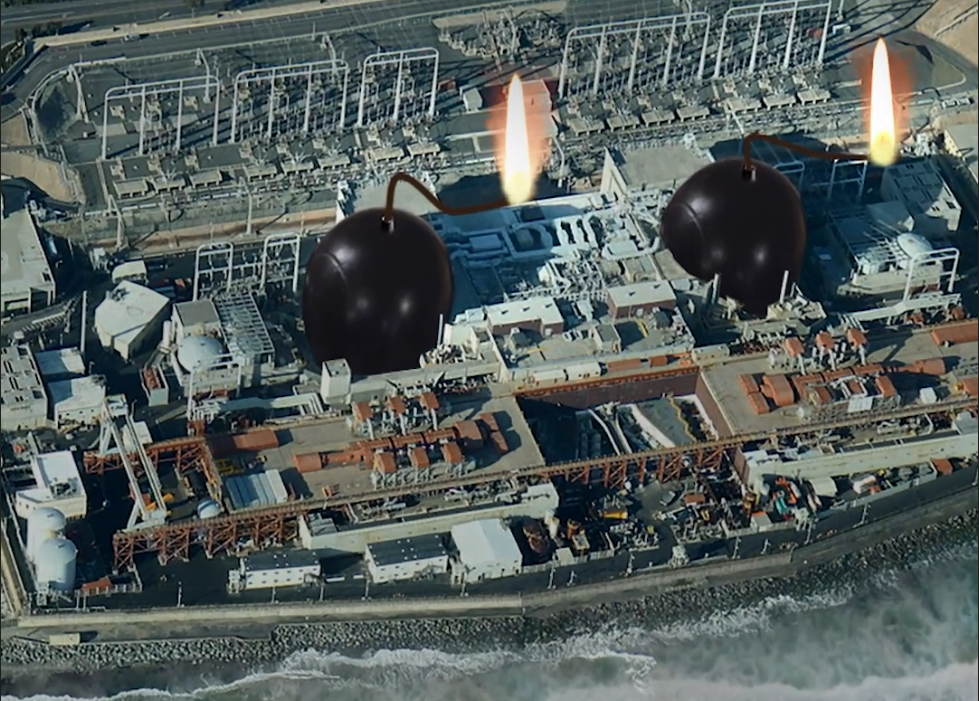 “This isn’t just our fight, it’s everyone’s fight,” says Charles Langley, Executive Director of Public Watchdogs, “It is a battle for the safety of everyone in Southern California.  Most people are unaware that this waste is lethal to all human life for at least a quarter million years.  What’s more, it is being buried fewer than 108 feet from the Pacific Ocean, on top of an earthquake fault, in a tsunami zone, and at a location that’s easily accessible to terrorists.”

The commercial is the first of a series of awareness-building efforts to inform those who live, visit or commute in the San Diego and Orange County to help raise awareness of the lethal threat of nuclear waste.  The campaign’s goal is to inform residents of the dangers, and to pressure local government leaders to push for better nuclear waste containers in a safer location.

Public Watchdogs will rely on Focuscom’s expertise in the realm of media,  strategic planning, and public outreach.  “The waste not only poses a significant threat to the health and safety of San Diegans but also to the economic vitality of the entire region,” said President and CEO of Focuscom, Dan Hom. “Focuscom is eager to share our resources and help stop this crisis that is certain to put generations at risk.”

Public Watchdogs is asking residents and community leaders to text TIMEBOMB to 99000 for a link to sign their petition and stay up to date on the latest news.

Click here for a One Page Fact Sheet and backgrounder on the San Onofre Nuclear Waste Dump.

Incorporated in 2016, Public Watchdogs is a 501(c)3 California nonprofit. It is funded by a grant from the Moores Family and individual member donations.  Public Watchdogs researches and exposes government malfeasance, and serves as a catalyst of reform by holding unaccountable government agencies accountable. For more information, visit www.publicwatchdogs.org.

Focuscom Inc. is an award-winning, dynamic public affairs and public relations agency located in the heart of Downtown San Diego. Founded in 2006, Focuscom’s local roots have produced a decade of results utilizing multicultural business experiences and strong relationships with top leaders and key community groups. The team generates high-impact public affairs strategies and public relations campaigns to bring value and success to a variety of different organizations. In 2018, Focuscom was recognized by the Public Relations Society of America’s San Diego chapter and took home another Silver Bernays Multicultural Public Relations Awards for the third year in a row. For more information, visit www.focuscominc.com.

Why are gas prices going up when the price of oil is going down? Get the  KUSI interview on this story  with Public Watchdogs’ Executive Director, Charles Langley   There is a schism in the scheme of things.  According to the “Laws of Supply and Demand,” the price of a commodity will increase when it is scarce, and decrease when it is abundant. As of this... END_OF_DOCUMENT_TOKEN_TO_BE_REPLACED

That metallic taste in your mouth?  It could be brain damage. People who surf  near the failed San Onofre Nuclear Generating Station (SONGS) are rumored to occasionally report a metallic taste in their mouth while surfing. Southern California Edison (SCE), the owners of the shuttered nuke plant, use a system called “Dilute and Discharge,” to dump radioactive water from its spent nuclear fuel pools into the... END_OF_DOCUMENT_TOKEN_TO_BE_REPLACED