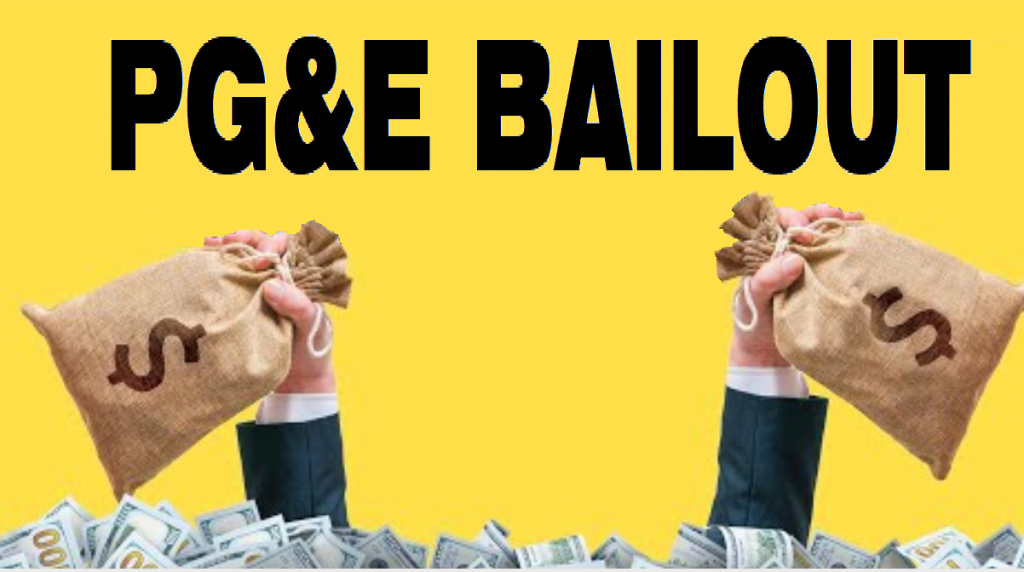 San Diego, Calif. (December 30, 2022) – At the behest of Governor Newsom, the California legislature has voted to bail out Pacific Gas and Electric’s (PG&E’s) failing Diablo Canyon nuclear plant at your expense.

The bailout will increase every ratepayer’s bill by 3%. The move will crush the competition from all Community Choice Aggregate’s (CCA), and no one in the state is exempt.

Senate Bill 846 was passed with few opposing votes, under a cloak of darkness, past the midnight hour on the last day of the Legislative session.

Additionally, Senate Bill 846 gave PG&E a “forgivable” $1.42 Billion “loan” of taxpayer dollars to pay for the utility’s hefty license fee in order keep the antiquated Diablo Canyon Nuclear Power Plant running past its prime.  PG&E’s Diablo Canyon Unit 1 began operations in 1985, and Unit 2 in 1986, and has been generating electricity for more than 30 years.

Although San Diego businesses and residents pay the highest electric rates in the continental USA, our rates will be going up even higher in 2023.  In 2021, nearly 30% of San Diego Gas & Electric’s (SDG&E’s) customers couldn’t afford to pay their electric bills. That percentage will soar with this new rate increase.

On January 11, 2018, the California Public Utility Commission (CPUC) approved PG&E’s proposal to retire Diablo Canyon’s Unit 1 in 2024, and Unit 2 in 2025.  This bill has invalidated the CPUC’s approval of the nuclear power plant shutdown.  It is also interesting to note that Senate Bill 846 is cleverly constructed so that the CPUC is prevented from conducting public rate hearings as a part of the dirty deal.

To arrange an interview contact Charles Langley at (858) 752-4600 or email langley@publicwatchdogs.org

At this time, there is global natural gas shortage due to harsh winters, the Ukraine crisis, and increased demand. However, the current prices hikes for customers of Southern California Gas, SDG&E,  and ultimately, Sempra Energy, may be completely unjustified and should command the attention of energy regulators. So far, SDG&E has claimed that it is unlawful for them to make a profit on natural gas sales... END_OF_DOCUMENT_TOKEN_TO_BE_REPLACED

QUESTION:         Why are Compressed Natural Gas Prices SO high? ANSWER:       The utility companies claim: elongated cold weather spell brought with the rain CNG reserves low due to national temperature spikes Short commodity purchasing period   QUESTION:         What can consumers do to decrease their bills? ANSWER:            Consumers can: Turn down the thermostat Put on a sweater Fill any leaks that allow cold air to come inside... END_OF_DOCUMENT_TOKEN_TO_BE_REPLACED